Hey girls.. hope you all are having a great week..   I am still buzzed with low energy and doing the home hence lack of posts..  meanwhile, what do you think about this look? We went to fort Lauderdale beach over the weekend  and I wore a simple white dress with a light cardigan. For … 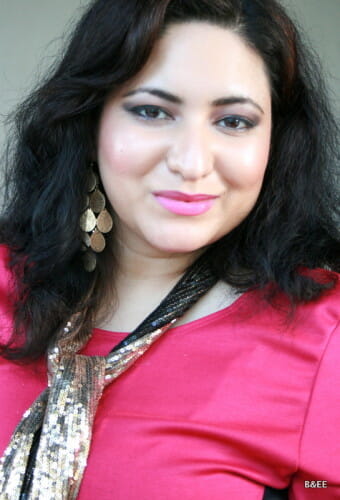 Hey gals… hope you are having a great weekend. after 3 weeks of the deadly FLU, I’m quite chipper this weekend and really looking forward to being out. The weather is going crazy here in SFL being hot one day and all cloudy the next, you never know.  BTW, did you watch all those Oscar …

I started this last week and hopefully I get to do this every week. Most weekends I make it a point to be all dressy even though we might just go for a quick lunch/dinner or somewhere simple. This weekend we decided to go someplace fun but just ended up taking a long delightful drive …

Hey gals.. did you have a great weekend?  We decided to go pub hopping this saturday but instead went to the gym and it was so much better 😀  have I gotten old. but in my defense I rarely enjoy going to a disc or getting hammered 🙂 On sunday we went out for dinner …

I never thought I’d ever put a L’oreal product in my HG list. This shadow is really the bomb.
I got it because I heard it’s a bupe for MAC’s satin taupe but this is so much better.

A while back, Giorgio Armani released a new eyeshadow formula, Eyes to Kill, which had everyone excited. those looked so heavenly that I lusted and lusted after them. but I’d never buy a $32 eyeshadow. Shortly thereafter, L’Oreal (which is owned by the same company as Armani) released a budget version. the quality of these is similar to the Armani Eyes to Kill, but low budget types.

L’oreal says :introducing an ultra intense eye shadow that lasts from day until dawn—a full 24 hours. This revolutionary formula fuses the ease of a powder with the velvety caress of a cream to create a unique hybrid that glides on effortlessly. And with its unique technology, your eyes are enhanced with pure, magnified pigment.
Cost : $8 for 0.12 oz, available at most drugstores